“Sharing the passion of creating inspiring music,… every single day.”

Owner and Founder of Starvart Productions, Armando Rene  has written a large variety of  musical compilations; created and conducted  the story plots, screenplays and direction of over 30 independent music videos; managed, developed and preformed in numerous concert throughout Europe, the Caribbean and South America; and served as the creative curator / talent scout for wonderful art exhibition around the globe. 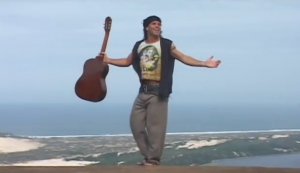 The “Do Brazil Band” re-united in the Studio to Record their second latest CD together “Land of The Collage”, a compilation of 10 very eclectic songs with crossover rhythms and performed in three languages.

Considered as naturals on stage, “The Band from Santa Maria” establish a vibrant connection with the audience while delivering a unique and fraternal message for the entire world.

The Group plays from Samba to Salsa, Country to Cumbia , Latin Ballads, Romantic Rock, Rock Reggie and even Retro Jazz,…fusing music from all cultures to develop there unique sound.

Each musician has years of experience in his own field. Songs are performed in Spanish, Portuguese and English. The music is uplifting and in excellent taste, delivering an array of sentiments so contagious that it inspires the public to dance and sing to the Samba/Salsa beat during shows.

The band has hundred’s of original songs and 3 of the members are Veteran Studio Engineers that have assisted in the recordings of many musical projects in there region.